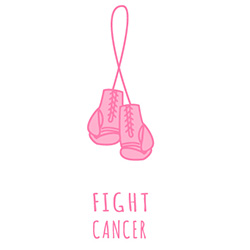 Women with breast cancer have more treatment options both to treat cancer, reduce risk, as well as reconstruction, but there remains a lack of understanding over how some of these treatments compare to others over the long term. Now, a new study from the Duke Cancer Institute suggests that for certain women, double mastectomies-which are an increasingly popular choice for women with breast cancer-may not deliver the outcome some women expect.

The rate at which women with cancer in one breast choose contralateral prophylactic mastectomies (CPMs) has increased six-fold from 1998 to 2011. A study published Monday in the Journal of Clinical Oncology found that removal of both breasts does not markedly improve a woman’s quality of life. In the study, researchers at Duke looked at nearly 4,000 women who had had breast cancer surgery. They assessed the women’s levels of psychosocial, physical, and sexual wellbeing as well as breast satisfaction. The study was partially funded by the Plastic Surgery Foundation. The researchers found that while women who underwent CPM reported slightly higher levels of body acceptance, the difference between those who did and those who didn’t dwindled over time.

The increase in CPM is largely among young women with early-stage unilateral breast cancer and without genetic risk factors like BRCA, the study authors say. “Unless a woman has a gene mutation that places her at significantly increased risk of a new cancer in the other breast, CPM doesn’t prolong life and our study shows that it doesn’t make for a notably better quality of life,” senior author Dr. Hwang said in a statement about the findings. CPM is often chosen for both cosmetic reasons because it is easier to achieve symmetry as well as for the hope that it will prevent cancer recurrence.

Cancer experts are increasingly questioning the breast cancer treatment status quo as a means to help women and their doctors parse the harms and benefits associated with certain procedures. The hope is that the added nuance will further refine clinical guidance for women and physicians facing treatment decisions.
This is all very confusing to women and their families and it is best to consult with your trusted physician to get the best advice.