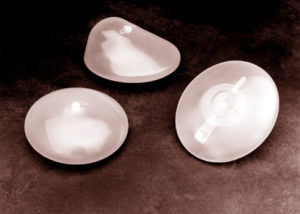 In the world of medicine, technology and medical devices advance at a rapid pace. Many of the surgical instruments of yesterday have given way to newer, state-of-the-art equipment. Despite the amazing advances in medical technology, one tool of the plastic surgeon has remained for 50 years now: the silicone breast implant.

Although the implant itself has gone through changes, breast augmentation surgery has continued to grow in popularity since its creation by Drs. Cronin and Gerow. To celebrate the 50th anniversary of the silicone breast implant, this blog is dedicated to some of the most important milestones in the history of breast augmentation surgery as well as the outlook for tomorrow.

In the first 50 years of the silicone breast implant, the most important may well have been 1992. The world was abounding with horror stories about the negative effects of some implants. There were all sorts of allegations, largely based on junk science that breast implants were harmful and caused systemic illnesses in women. For the first time, it became crucial that doctors begin to gather data regarding the implants and do research to demonstrate that the implants were indeed safe in order to convince the FDA (The Food and Drug Administration) to allow silicone implants back on the market. Through years of hard work and a dedication to quality breast augmentation surgery, the data was gathered and research completed that provided a foundation for viable (and safe) silicone breast implants.

As a result of the efforts put forth, 2006 saw the return of the silicone breast implant to market. It was not a simple fight. Despite the strong evidence to the contrary, there were many naysayers who still insisted that the silicone implants were unsafe. Ultimately, good science won the day, and it became more apparent than ever that as a community, plastic surgeons needed to continue to collect important health and safety data and push continued research to not only ensure the health of their patients but to prove to the rest of the medical community the safety of the practice.

2010 saw another potential set-back for breast augmentation advocates with a rare lymphoma associated with breast implants. The anaplastic large cell lymphoma (ALCL) matter could have been a major setback like the silicone breast implant scare of the 90’s, but instead it sent the plastic surgery field into full research mode again, and a better understanding of the anomaly began to come together. The plastic surgery community as a whole developed a reasonable process to manage to the late-term periprosthetic fluid accumulation as a result. Although this situation is extremely rare, the attention brought on by the occurrences helped doctors better understand the situation.

This year has seen another major milestone. The FDA has approved for use a third breast implant by a new company Sientra. Sientra offers both round and anatomically-shaped breast implants, made from the same silicone gel formulation. Their anatomically-shaped implants differ slightly from those produced by Allergan and Mentor, which are form-stable inside the body. The form stable gel implant (also known as the “gummy bear” implant) is a silicone based implant that promises to be an even more natural feeling and looking breast implant. These implants come in anatomically shaped varieties depending on your body type or preference, and are shaping up to be the future of the breast implant. It may be a while for these implants to see wide spread use as they require a different set of techniques and skills to implant them properly.

At 50 years old, silicone breast implants and breast augmentation itself continues to evolve and improve. Breast augmentation is the most popular of all cosmetic surgery procedures and shows no signs of disappearing any time soon. With all of the advances in the procedure, it is still not a simple one and one constant has remained throughout the years: to ensure the best results, a patient needs a board-certified expert to handle the care. With expert care by doctors like George Landis, and quality, safe products, now is the best time to move forward with that breast augmentation procedure.