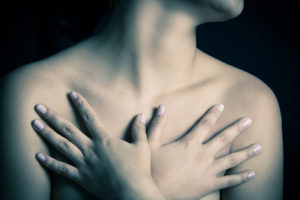 Comparison of four types of abdominal flaps used for autologous breast shows reconstruction shows differences in some key outcomes—notably related to problems related to hernias or bulging at the abdominal “donor site,” according to the new research by Dr. Sheina A. Macadam of University of British Columbia, Vancouver, and colleagues.

That was consistent with the BREAST-Q responses, which showed better scores on a subscale reflecting physical issues related to the abdomen with the DIEP flap compared to the p-TRAM flap. Scores on the other BREAST-Q subscales—reflecting overall satisfaction with the breasts, and psychosocial and sexual well-being—were similar across groups.

About 20 percent of women undergoing breast reconstruction choose autologous reconstruction, which is most often done using abdominal flaps. Muscle-sparing flaps such as the DIEP and msf-TRAM have been developed to reduce complications at the abdominal donor site. While more women are interested in these muscle-sparing approaches, it hasn’t been clear whether the longer operative times and increased costs of these procedures are justified by improved outcomes.

The new study shows some differences in complications and patient-reported outcomes with different abdominal flaps. The DIEP was associated with the best abdominal wall recovery and function compared to the p-TRAM. Interestingly, it did not differ from msf-TRAM and f-TRAM.

The scientific results further support my personal strategy in preference to reconstructive patients with DIEP flaps whenever possible compared to any other type of flap. Many women are also candidates for an implant reconstruction and I’ll discussed in another blog.